For the entire month of April, I’ve been trying to utilize my slow cooker more and maximize my time in the evenings.  We’ve had some delicious meals so far- like BBQ Chicken Nachos and Southwest Chicken.  I originally planned to make this Lasagna Soup in the slow cooker, but decided to just make it on the stove instead.  Sometimes when you make pasta dishes in the slow cooker the texture can be a bit off, so it’s often recommended to cook the pasta separately.  Since I would have to brown the ground beef and cook the pasta separately (and broil the cheese!), it just didn’t make sense for me to use the slow cooker. 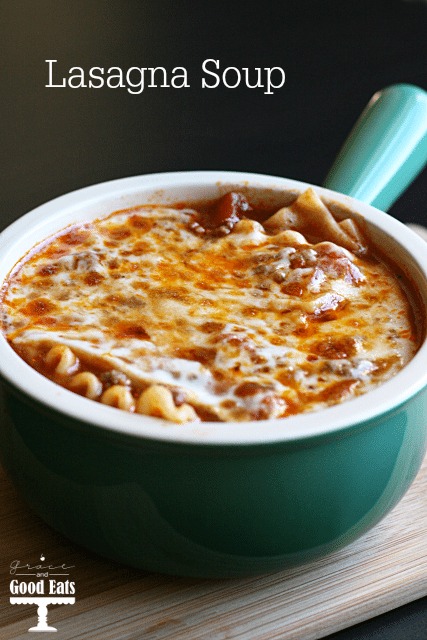 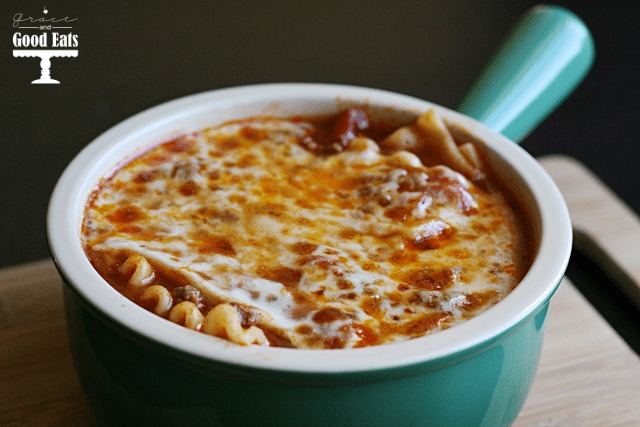 This soup was a big hit!  My husband loved it and my oldest ate a big bowl of it.  It’s a small extra step to broil the cheese in the oven before serving, but so worth it.  Look at that cheesy goodness.  It really does taste just like lasagna, without all the effort of layering. 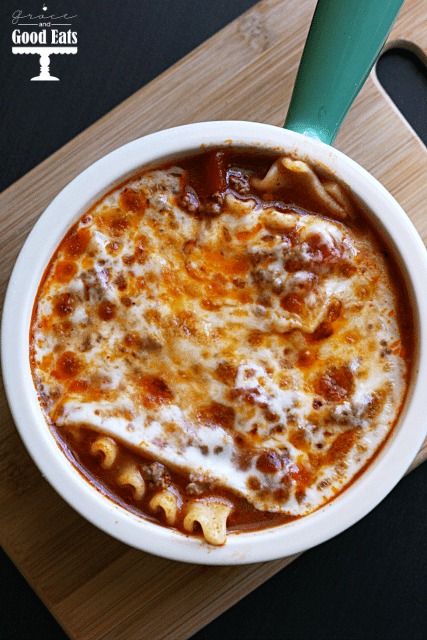 Another secret to perfect, strings of cheese in every bite is to use sliced cheese instead of shredded.  This would be delicious served in a bread bowl.  It’s a hearty soup, but still nice for summer, especially with a light, fresh salad. 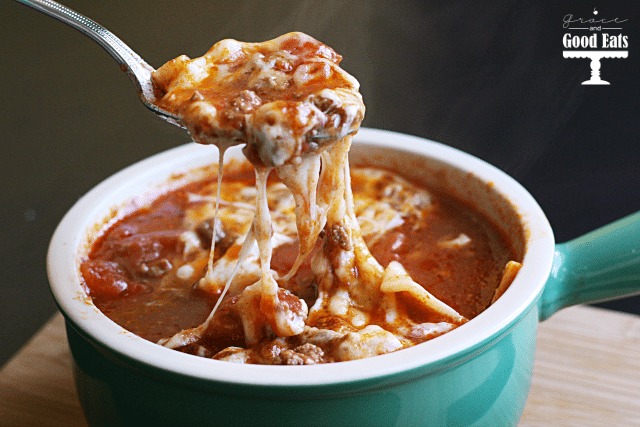 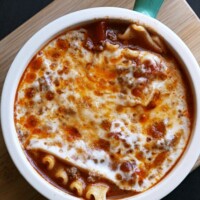