If you follow me on Instagram, you may have seen my exciting announcement last Friday.  After 15 months of trying, a few thousand dollars, a failed IUI, we are so happy to announce that I’m pregnant!!  And completely and totally shocked.  We were NOT undergoing any fertility meds or treatments this month, in fact, we had decided that having a third baby just wasn’t in the cards for us and we were done trying to make it happen. 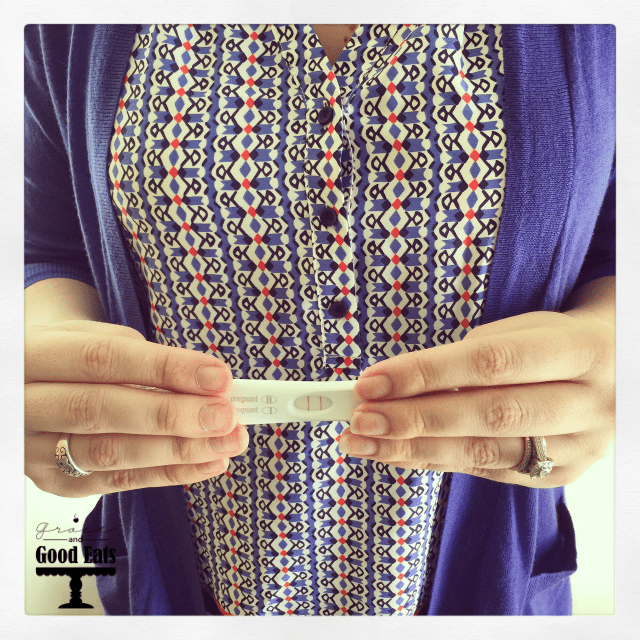 As in done, done.  As in met with a plastic surgeon to fix my umbilical hernia (thank you Sophia) and fix my diastasis recti (thank you Isabella).  As in just waiting to start my period so that I could get back on birth control pills.  We both came to the conclusion separately that we didn’t want to go through another challenging (and expensive) round of fertility treatment, nor another month of trying on our own just to be disappointed.  The doctors had all explained to us that our chances of getting pregnant on our own decreased significantly each month, and by now we were down to less than 10% chance of spontaneous conception. 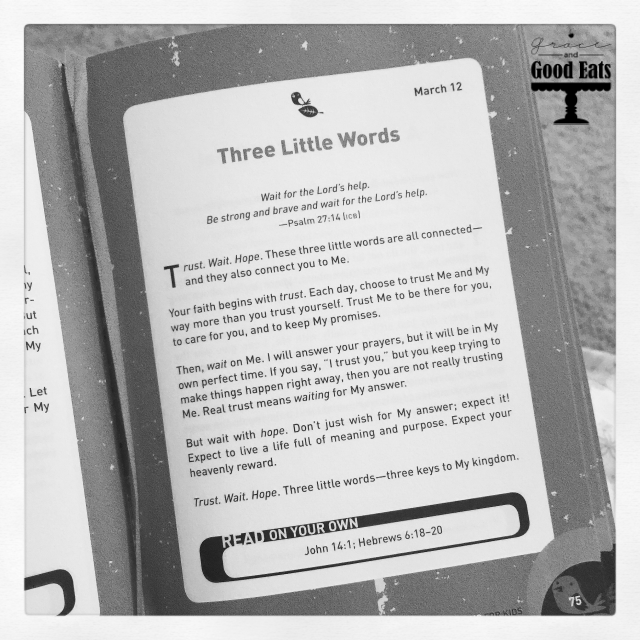 It’s so annoying when people tell you that “oh, just relax, don’t think about it so much and it will happen”.  It’s even more annoying when that’s exactly what happened- ha!  The days and weeks after our failed IUI I kept seeing signs and reminders from God to “be still and wait”.  When we had Sophia, I had a strong feeling that she would not be our last baby.  I remember being in the delivery room and holding her while thinking that.  I really wrestled with accepting that a third wasn’t in our future, when I felt so strongly that God had told me it was.  Apparently it was in the cards, He just wanted me to be still and wait for His timing.

I took my National Academy of Sports Medicine exam on Friday to be a certified personal trainer (and passed!!) and was SO excited and relieved.  I was a day late in my cycle, but I didn’t think too much of it because my cycles have been all over the place this past year.  On the way home from my exam, I stopped at the store to grab some stuff for lunch because I had been too nervous to eat all morning, and decided to pick up a pregnancy test.  I came home and talked to James about the exam for a bit.  Decided to go test, not at all because I suspected I was pregnant, but more to just get a definitive “no” so that I could move on and call in my RX for birth control.  Not 30 seconds later I was yelling for James with colorful expletives from our master bathroom.

We both stood there with our hands over our mouths for a good ten minutes.  We were both so shocked to see those two pink lines that we didn’t even jump straight to excitement.  It was a weird roller coaster of emotions because we had been working the past few weeks on shutting that door and all the hope that goes with it.  I mean, we had discussed trading in my large SUV and what we were going to do with the spare bedroom now.

We’ve both quickly come around and couldn’t be more excited.  It’s almost funny, that when you’re able to conceive so easily (like with Sophia) that you forget how much of a miracle this whole process is.  “For this child I have prayed” has never felt more true.  After 15 months of secondary infertility, we have a lot of emotions invested in this tiny babe.  Being the third child, it should be “old news” at this point… you know, people always joke that with the first kid you sterilize the pacifier when they drop it, with the second you give it a quick rinse, and by the third you just pick it back up off the floor and hand it to them.  I’m having the opposite reaction.  Suddenly, I’m all ORGANIC ALL THE THINGS!  Maybe I should cloth diaper?  How hard could it really be to make my own baby food?

I found these a-dor-able 100% Organic Cotton (affiliate link) Captain SillyPants Swaddles from Eleventh Avenue (Formerly GroopDealz).  They have over 35 different styles of swaddle blankets that would be so cute for boys or girls.  I ordered the little black and white star and moon set.  P.S. If you pre-order now, you can get these swaddles at Eleventh Avenue’s very limited pre-order price of only $18.99 (usually they are $34.99). 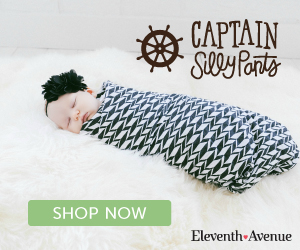 I’m not the only one who has been a little overboard these past couple days though.  The other night when we were laying in bed James told me out of the blue that the plastic bubble he ordered for me to live in for the next nine months should be arriving any day now.  🙂

Thanks for all your prayers and well wishes since I’ve shared our story here.  We covet your prayers now for a healthy, happy baby.  So far, I’m not having any “morning” sickness (or all day sickness as it was with Sophia) and I’m feeling really good.  I’m anxious for my first doctor appointment in a few weeks to see a tiny flickering heartbeat. <3