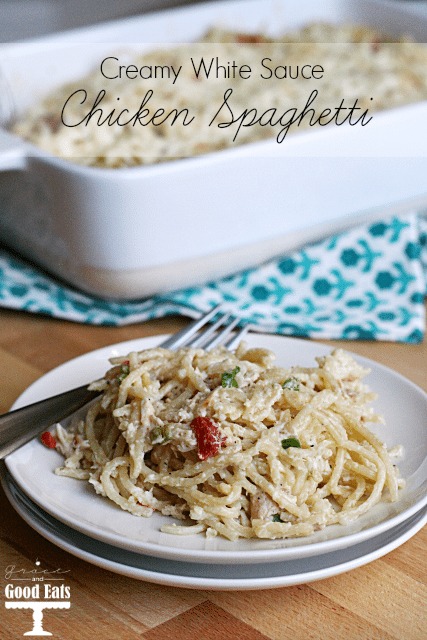 This third pregnancy has been so different.  Not necessarily because I feel like I’ve “been there, done that” already, but I do feel more relaxed in my anticipation.  I’ve been slowly working on the nursery- as opposed to having it finished the day I found out the gender with the girls.  I’m stocking up on clothes and gear, but I didn’t clear the store out the first shopping trip.  I have started a list of freezer meals I want to make before the baby comes this December though.  It feels a little early to start thinking about prepping in that regard, but it just gives me an excuse to make (and eat) all of the recipes in the meantime to see what I think will work best! 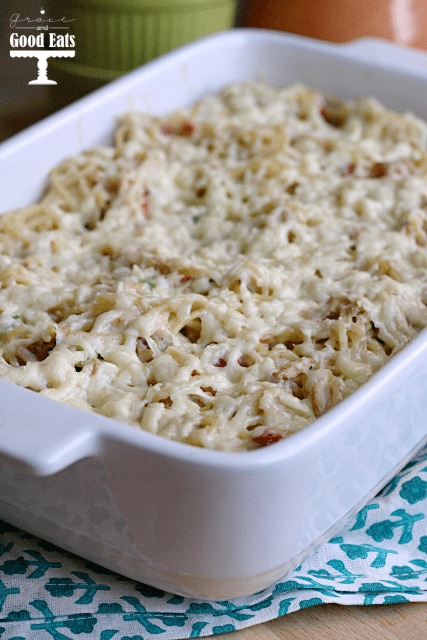 I love chicken spaghetti- but I don’t love the cream of mushroom soup that most recipes call for.  Partly because I never keep it in the pantry, but mostly because I don’t like the taste of it.  I decided to sub it out for cream cheese and the result was creamy and delicious!  For extra flavor (and ease) I like to use a rotisserie chicken.  This Chicken Spaghetti recipe is definitely making the list. 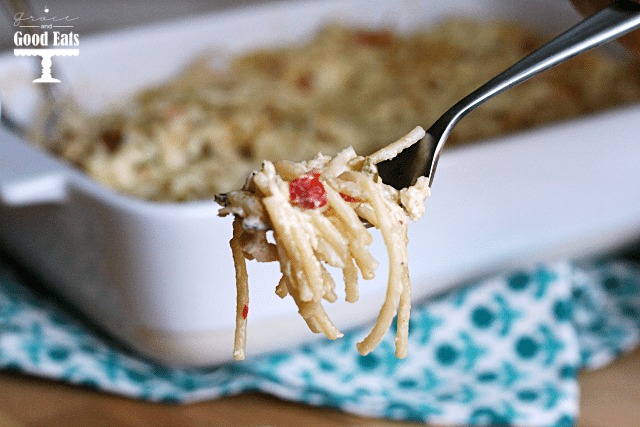 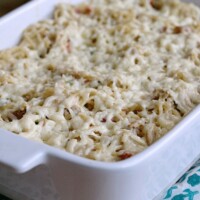 Pasta recipes are notorious for freezing and reheating well, check out more of my favs:

I wasn’t sure if 3 cups was 12 oz.I used a 16 oz box of spaghetti,and 1 1/2 everything else.Didn’t need all the broth.It was yummy!Made it again tonight.?

This was great. I didn't add the amount of broth that it called for cause I thought it would be too loose, but I was wrong. Next time I'll follow the recipe as written. Thank you for an excellent alternative to the recipes that call for canned cream soup.

Ok this seriously sounds so delicious! I'm going to add it to next week's menu. It would be on this weeks if I hadn't already gone to the store haha!